One of Middlebury's First Female Professors 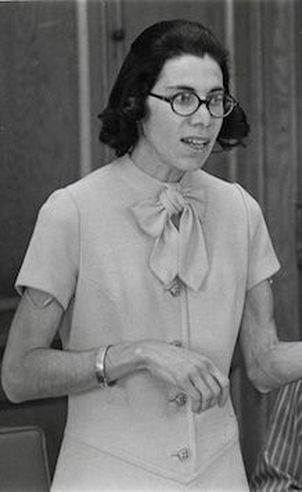 When Marjorie Lamberti came to Middlebury in 1964 to teach history, she was only one of a few female faculty members at the college. At the time, women’s studies was not in the Middlebury curriculum or traditional scholarship.

Throughout the 1970s, institutions including Middlebury began to introduce more gender-related classes with the growing influence of the feminist movement, but Lamberti said such courses still faced opposition. “It represented a challenge to the traditional curriculum. It represented a challenge to the traditional methodology and conceptualizations of women’s history, women’s place in literature, women’s place in society.” She continued, “That does not suggest that the reactions were hostile…But there was a sense that the traditions in the curriculum were being embattled.”

Although Lamberti said she personally never felt excluded because of her gender, she did occasionally witness faculty claims that women’s studies was too “political” and “ideological,” rather than academic.

The professionalism and scholarship of faculty teaching Women’s Studies helped dismiss these ideas, said Lamberti. When you look at the development of Women’s Studies, you have to turn to the extraordinary women who taught those courses and go back to the qualities that I attributed to them: their inner strength, conviction, and their confidence in their professional vocation,” she said. “In short they had a sense of their professional and pedagogical authority.”

Lamberti perfectly explained the importance of Women's Studies when she said, “We took the insights, the new scholarship that became available and we mainstreamed it, we incorporated in into our courses. I believe that no course with any integrity could have been taught without including women.” ​