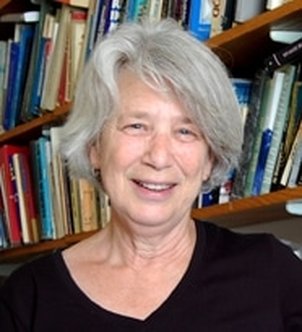 When Margaret (Peggy) Nelson came to Middlebury as a Sociology Professor in 1975, there were absolutely no gender courses being offered to students. Recognizing this major gap in the curriculum, Nelson soon began teaching SOAN 191, Introduction to Women’s Studies in the Social Sciences (now Sociology of Gender). As other faculty also introduced gender related courses through the 1980s, Nelson and a group of core Women’s Studies enthusiasts began to organize a proposal for a program—something that many of Middlebury’s peer institutions had already founded. They deemed it essential if Middlebury wanted to compete on an academic level, Nelson said. In fact, she said, “Middlebury was way behind the times on gender issues in every dimension."

​Along the way, Nelson and her colleagues met a good deal of resistance from some faculty and administration members, but ultimately the enthusiasm of the core group of Women’s Studies faculty, students, and the national political climate helped to overcome these arguments. “Was there a lot of resistance? Yes,” Nelson stated. “I think along the way people viewed [Women’s Studies] as being irrelevant and political, which of course it was. All knowledge is political.”

These claims did not deter Nelson, however. In fact, as she said, “there’s a wonderful aspect of resistance in that it gives you something to fight. And so when people were political, there was something really truly magnificent about it.” By the time the Women’s Studies major came to a faculty vote in 1989, Nelson remembered, “nobody could say we couldn’t have Women’s Studies. That did not mean that there was enthusiastic support, but it meant that the opposition to this particular program wasn’t credible.” And indeed, the faculty unanimously voted in favor of the major in March.

Despite the early energy around the Women’s Studies program, Nelson worries that the program has stalled somewhat in the past decade. “I think there was something about being, you know, oppositional, and that may have incited a certain kind of enthusiasm. Once everything was more established it may have been less likely for people to support it.”

Still, Nelson did cite one major area of growth: the increase in gender awareness across academic disciplines. “I think that talking about gender has gone from being very marginal on campus to something that, as you say, most of your professors are open to that perspective. That’s a big shift. That’s an enormous shift over many, many decades,” she said. “Do I think it’s better to be a woman on campus now than it was in 1975? I think it’s different. I think there are different pressures, but I think that many of the issues are pretty much still the same. But I think that if people want to discuss those issues, there are more locales with which to discuss them now.”

Nevertheless, Nelson cautioned, “We haven’t performed miracles.” On the question of where she’d like to see the WAGS program 21 years from today, she said, “It would be nice if this celebration were an occasion where people said, ‘Gee we have a 21 year old program. Let’s bring it into its majority.’”

Ultimately, Nelson highlighted the complete group effort necessary to build the WAGS program. “My sense of women’s studies was always being part of a collective,” she said. “I always had a sense that there were people who, you know, they didn’t have my back, but they were there, they were standing next to me. A bunch of us did it.”